The KonMari Method and the Four Tendencies: The Rebel (Post 5 of 5) 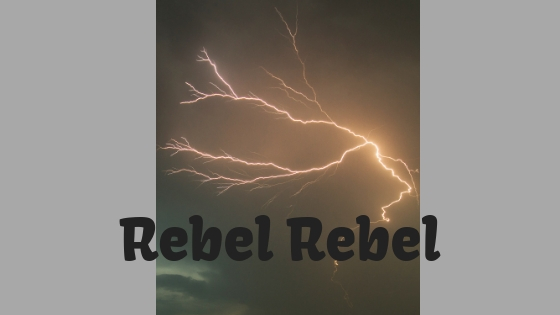 In this final post in this series, we’ll focus on the fourth of the tendencies in Gretchen Rubin’s Four Tendencies framework: the Rebel.

Gretchen Rubin describes a Rebel’s mantra as “you can’t make me and neither can I.” In other words, Rebels generally resist both inner and outer expectations. Rebels prefer to do what they choose, whenever they choose to do it. They value their freedom of choice and self-expression.

At the same time, Rebels often enjoy defying others’ expectations. In other words, if they are underestimated or not expected to be able to accomplish something, they may be motivated to do it. As a result, one of the best ways to help a Rebel complete the KonMari process is to avoid applying any pressure. Rebels will usually resist committing to a schedule, even if they would be doing something they’d like to do. It might even help for Rebels to be convinced that those around them do not believe they are capable of completing the process. That could be motivation enough to prove them wrong.

The value that Rebels place on their identity can also help them to follow through. A Rebel who wants to be seen as someone who follows through on projects once they are started will be motivated to finish this process once it’s begun. Likewise, a Rebel who wants to be viewed as organized and on top of things may successfully work through the KonMari process to reinforce that identity.

Because Rebels value their freedom, pointing out that they can free up their time and energy to do what they want to do by conquering clutter once and for all is often helpful.

As a Rebel myself, the strategy that helped me the most when decluttering my own home was the strategy of identity. Because being organized and on top of things is an important part of my identity, I was able to use that to motivate myself to conquer my clutter once and for all. I also knew that I would free up a lot of time and energy for the things that are most important to me if I could stop battling clutter. Not facing any external pressure to complete the process also helped!

How about you? If you are a Rebel, do you think any of these strategies could help you succeed in decluttering your home?  Has anything else helped you?  Feel free to post questions or comments. And let me know if any of the tips in this or the earlier posts in this series help you!

By the way, if you took the Four Tendencies quiz more than a month or two ago, it has been revised and streamlined. You can access the new quiz here.