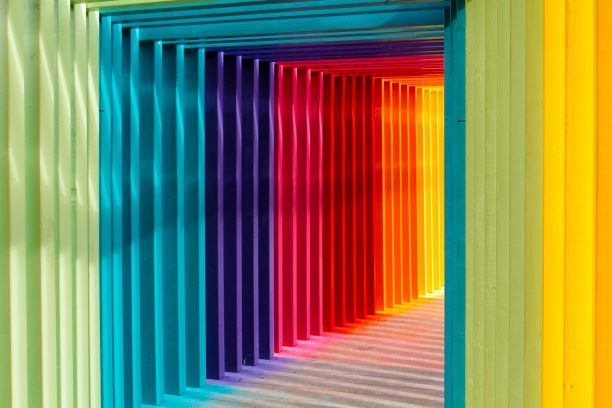 In 2019, Tidying Up with Marie Kondo debuted on Netflix and exposed a whole new audience to Marie Kondo’s method of tidying and decluttering, the KonMari Method™.  Although the show did not depict any KonMari consultants working directly with the individuals or families spotlighted in the show, it did give viewers an idea of some of the key aspects of the method, including harnessing the Power of the Pile, tidying by category in a particular order, and keeping only those items that spark joy.

A year later, Netflix has introduced its audience to another popular home organizing approach called The Home Edit. The co-founders of that company, Clea Shearer and Joanna Teplin, have built an Instagram following of over 3.8 million with their rainbow-inspired approach to organization.

If you watched Tidying Up with Marie Kondo, the chances are very good that Netflix suggested that you watch Get Organized with the Home Edit. Like Tidying Up, watching people get organized can certainly provide some inspiration to anyone who is struggling with clutter or in the process of decluttering. But comparing the two methods also illustrates the ways in which working with a professional organizer differ from working through Marie Kondo’s method either alone or with the help of a KonMari consultant.

Leaving aside differences in the projects tackled in each show (and the differences in clientele), here are some of the key distinctions between traditional organizing and the KonMari method that are illustrated in the shows:

Next time, I will address a few other differences in the two shows (and methods) while pointing out a few similarities. What do you think? Did you relate to any of the clients in either show? Did either show (or both) provide you with some needed inspiration?